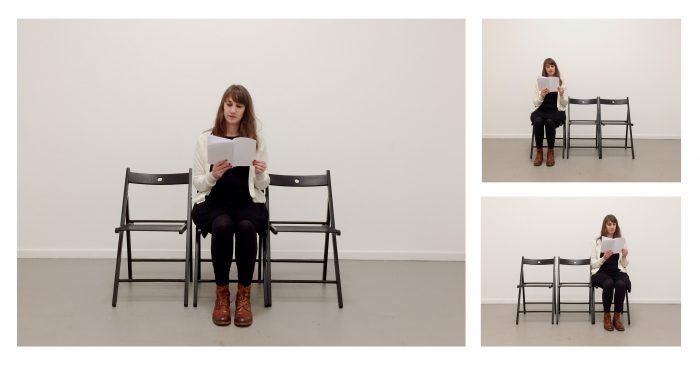 Epilogue has the form of a trialogue in which I change between three different roles, each one represented by a chair; my late mother and father and myself. The trialogue is constructed from fragments of conversations from my childhood home and goes forward and backward between different time periods; the time when both my parents were alive, the time after my mother’s death when my father lived alone, and the time after both my parents’ death and I continued the conversation alone, through memories, objects, diaries, and official archives. Throughout the performance, different backgrounds and roles are made visible, such as my my father’s alienation in Sweden, my mother’s belonging to the same country, and my own role somewhere in between. Epilogue is performed in my parents’ language, their own and unique way of mixing Swedish, English and Greek in once sentence. A language that evolved during many years of living together linking their different mother tongues.